So how do you like sIceland? The limbo between xmas and new years eve! 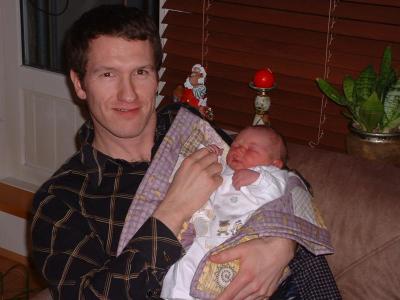 Gengid á Gufunum: ”Nice chords..” ”I think the melody in ”A” is stronger, but maybe it’s because they aren’t playing it right in ”B””

Hér er hægt ad hlusta á... "One of the earliest instances of the go-go groove shows up in the ’70s with Grover Washington Jr.’s soul-jazz classic “Mr. Magic.” While the smooth-as-silk performance is a far cry from go-go’s raw energy, the main groove influenced much of what developed in the ’80s" ...!!!

Now since I've spent some time translating Peters Vuust comments, about my concert on the 18th of november, for saxist Morten Bruun.. I might as well publish it here ... so here it goes again..!

"Gordian Knot" Peter thinks that the bass ostinato shouldn't be so "much used" in the head, (I don't agree ) and he thinks the small fills I did on the Ebmaj7 chord should be different... more simple... (I kinda not agree... I think the fills are simple and melodic.. but I got his point..). He liked the collective improv from HC & Morten (I totally agree) and he also liked my palm-mute bass solo...! He made a comment on how I re-entered with the bass ostinato for the out head.. (I agree, it was a bit of a fuck up/mess.. without being a disaster)..! Then he made several suggestions about what could be done in the solo part (comping)... and to be honest he said nothing new, nothing that I haven't tried at some point .. I have played this song with many musicians over the last few years.. and the main thing is to keep the solos OPEN.. anything can happen, and I'll be damned if lot's of things haven't happened already.. damn..!!!

"You Turn".. Peter and I both agreed on that, the bass and drums are kinda not in the same groove (in the A part) (bass being to pushy (I guess) and drums perhaps more relaxed (maby thinking in different tempos to begin with)) .. (I'm not that happy with the bass groove in "A" anyway, might need improvement)...! Peter thougt HC was doing very good things in his solo (totally..!! ;) ...) he also liked the trumpet & bass duet (bass with chords + trumpet solo). But the groove needs to be improved..! And we agreed that the slide guitar stuff was SO not happening for the song...!

"Friður Sé Með Yður". Well Peter didn't say much... but it's very obvious that the rhythms are a bit too unaccurate.. the triplets are almost 16th notes..! wich is totally another thing...! Then there were a few "income" mistakes... like the guitar after the sax solo...! But lots of fine things going on though...!

"Gengið á Gufunum". Well here we both agreed that in this song the band was at it's best...! Peter thought the groove was strong and he also likes the composition. I think Mortens solo is very good, I enjoy it and think it fits the mood totally..! Peter also thought that the free improv section was very good, some bass stuff he really liked, and HC very cool...!.. the original idea with the free section was to go from "tranquility" to "total caos"... wich ends with the bass doing a part of the original bassline, twice, the second time the bass should be totally alone .., and then TOTAL silence before the melody comes again... in my humble opinion it went very well...! The "blowers" got the idea to displace the melody in the "B" part.. interessing effect... specially in terms of their use of dynamics and how the are not together (so to speak) in their frasing, and time..! (kinda Don Cherry / Ornett Coleman effect...!!).. but I think I'll prefare that the melody is played as written in "B", and the displacement could then be used when "B" comes again in between sax & trumpet solos...!

Overall Peter said that there was character and personality in the compositions and the arrangements (wich I take as a high compliment..!), He would like to hear more use of dynamics and more contrasts between playing little and much (hmm...!?!). He also thought the bass sound was exeptionally good...!!, Nice to hear that.. thank you.. :) I'm very pleased with drummer Søren playing and his personality.. I would very much like to play with him again, same goes with the rest of the band...! Anytime man..! But the rehearsals with the whole band were only two.. and this was the first gig.. so ofcourse there is room for improvement... for everybody!

Hope that this makes sense...!

Reykjavík means "smoky bay," an appellation that goes undisputed by puffing locals. If you can take the smoke, there's a lot of fire to the city's weekend scene. At Café Culture, I heard Angurgapi, a hip jazz fusion band. "The city has a great vibe," guitarist Sigurdur Rognvaldsson tells me. "I go to Dillon, a cozy bar where the DJ, Andrea Jonsdóttir, plays '70s rock." Reykjavík is celebrated as a hothouse of modern music, and the city's futurists converge on NASA disco. Cooler heads cruise around pubs such as Prikið or Kaffibarinn; the former is mellow, while the latter brims with Icelandic intrigue.
Birt af Siggidóri kl. 12/04/2003 03:39:00 e.h.

All You Need Is Love / Staying Alive