Today’s special is “Memphis Soul Stew”, with about a half a tea cup of bass from Jerry Jemmott.

Listen to the band move, watch the people groove y’all.

VIDEO | Changing Clocks - I'll Be Back This Summer

I'll Be Back This Summer

This music video was created using photos licensed under the Creative Commons, all sourced from Flickr.com 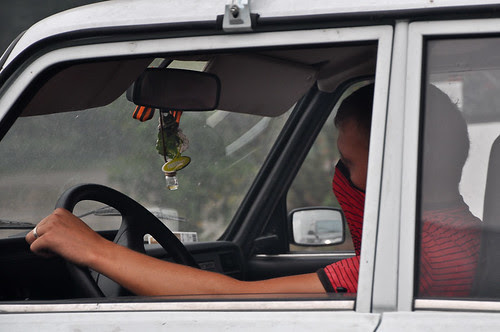 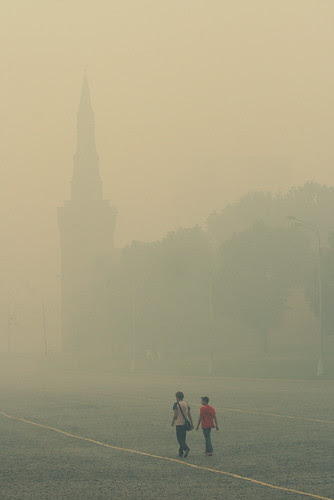 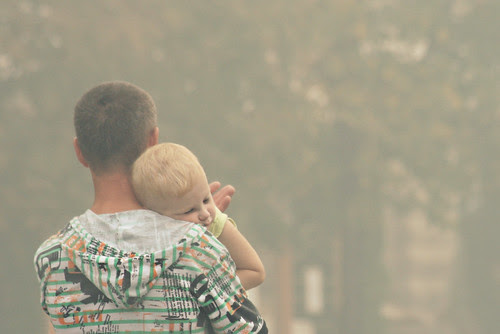 Our thoughts go out to those who are in Moscow and parts of Russia currently affected by a massive heat wave causing immense forest fires. We hope cooler days are coming soon and your beautiful cities get some respite. For more photos, you can search on “Moscow and smog”.

Yesterday I talked about how Paul McCartney was, in my opinion, the most innovative bass player in rock besides James Jamerson. It wouldn't be fair not to listen to Jamerson after listening to Paul, so here are a number of Motown hits featuring Jamerson's signature bass playing. Of course, Jamerson was one of the mainstays of the Motown house band known as the

Here are a couple of his greatest parts including Marvin Gaye's

, and The Four Tops'

1) On What's Goin' On, listen to how Jamerson builds the intensity of the track as it goes on. You can just  feel him pushing the track as his line gets more and more complex and he digs in harder.

2) Jamerson's bass has a distorted edge to it. He supposedly went direct while recording and used an Ampeg B-15 when playing live, but the tone on this song sure sounds like a B-15 to me.

3) Bernadette may be Jamerson's masterpiece. He's playing a fairly busy part yet it's always in the pocket and always seems effortless.

) Bernadette is also a really good example of how a Motown track is put together when you hear all the instruments fall in with the bass.

Here's a great track dissection from a BBC documentary on The Beatles that features Come Together from their Abbey Road album. It does a pretty good job of describing how the song was put together track-wise, although I wish we could've heard more of each track.

A few things I noticed:
1) Listen how out of tune George's guitar is.

2) I always thought that the electric piano was a Wurlitzer and played by Billy Preston (it's a Rhodes played by Paul). Just goes to show what I know.

3) The missing guitar lick is very cool but I can see why they didn't include it in the final mix. Sometimes the space is more powerful than anything that fills it. I think it might've stepped on the vocal as well.

4) Listen to the harmony vocal in the verse. After hearing a number of Beatle's vocal tracks and dissecting how they put their harmonies together, I'm always amazed that Paul usually takes the lowest part, considering his great vocal range. George is frequently the one on the top vocal (although not on this track).

Paul McCartney has never gotten nearly enough credit for his innovations as a bass player. I personally believe that he's the most influential bass player of the rock age besides Motown's James Jamerson.

Like Jamerson, McCartney playing evolved into mini-melodies, being part hook and part counterpoint to the rest of the instruments in the band. As a result, the band always sounds full even with a minimum of overdubs.

I believe this was because the bass became an overdub that happened in the late stages of Beatle tracks, instead of being recorded the traditional way during tracking of the basics. This allowed Paul the freedom to come up with a line that fit better with the final track.

Here's an interesting video that showcases McCartney at his best (except for the last track). Have a listen to A Little Help From My Friends, Come Together, and Band On The Run.

Rush
Caravan/BU2B
(2010)
320 Kbps
Time: 10:03
New Rush single. A legendary band returns so, watch out people, do not miss this. What more need to be said? Ha yes, the new Rush album will be released sometimes next year and it'll be called Clockworks and Angels. Let's hope that it's as good as Snakes and Arrows which demontrated a real return to form for the Canadian power trio. (The file includes the full artwork with lyrics)
1. Caravan 5:41
Download

Hitchens on cancer diagnosis: 'Why not me?' « - CNN.com Blogs

Program Note: Anderson's interview with author Christopher Hitchens on his cancer diagnosis and whether it has changed his thoughts on God will air tonight on AC360° at 10pm ET. Watch a sneak preview below.

I just flew down to Washington to talk with author Christopher Hitchens. He was diagnosed with esophageal cancer in June, and is currently undergoing chemotherapy.

Many people upon receiving a cancer diagnosis would ask "why me?" Hitchens's answer, is "why not me?"

Much of his hair has fallen out, but he seems strong as ever. We discussed whether his diagnosis has in any way altered his well-known opinion of religion and prayer.

Tune in tonight for the full interview.

It's hard to imagine the magnetic battle that's ensuing above my head right now, especially during this hot and calm Southern Californian day. But over the last few hours, orbiting space weather observatories and ground-based magnetometers have detected the moment a coronal mass ejection (CME) -- fired from the sun on Sunday -- slammed into the Earth's magnetosphere.

Staying with our Backing Track theme for the week, here's one from a rock radio standard - Van Halen's "

," off of their album entitled

. In this case we'll be listening to the everything but the guitar, although you can still hear a little of it in there as leakage. Here's a few interesting things to listen for.

1) The drums are compressed really hard to make them as punchy as they are. You don't notice it in the track, but you do during the intro to this video.

2) Michael Anthony is a very underrated bass player. Listen to how solid he is here. He's playing 8th notes through much of the song but he's right on the whole time. Remember this was in the days before cut and paste and Beat Detective so it's real playing.

3) Likewise, Alex Van Halen is very disciplined in the his drumming. The fact that he stays with a pattern during most of the song keeps the section solid.

5) The background vocals, which you don't hear much of in the final track, are interesting in that they have a very short reverb which makes it pretty indistinct. It does it's job well though, by bolstering and changing the sound of the pre-chorus and chorus.

6) This song is an excellent example of dynamics on a record. Listen to how the band lowers its intensity at 2:20 while keeping the tempo and feel the same.