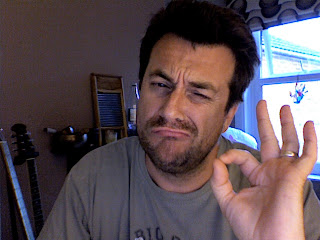 Ok Jazzers, have Got a podcast for you?

Packed full of lovely jazz from he likes of Sunna Gunnlaugs from Iceland, The Jason Parker Quartet from Seattle USA, Rainier Straschill from Germany, Fleeting Silence from the USA, Sigurdor Gudmundsson from Iceland, The Matt Erion Trio from the USA and me from good old England!
I sound a bit tired because I was so ignore me and listen to the music.

Stephen Fry on the Joys of Swearing - [Fucking brilliant as usual!]

Penn Jillette is an American magician, comedian, and author, and is half of "Penn and Teller." Jillette began his career as a juggler, graduating from Ringling Brothers and Barnum & Bailey Clown College, and in 1981 he teamed up with his friend Teller for a famous off-Broadway show. Since 2003, Penn and Teller have hosted the popular television show "Penn & Teller: Bullshit!" in which they debunk popular misconceptions or pseudo-scientific beliefs. Jillette is an outspoken advocate of atheism and libertarianism, and is the author of the novel "Sock."

The Beatles - Helter Skelter At Studio

The Beatles recorded the song multiple times during the The White Album sessions. During the 18 July, 1968 sessions, a version of the song lasting 27 minutes and 11 seconds was recorded, although this version is rather slow and hypnotic, differing greatly from the volume and rawness of the album version. Another recording from the same day was edited down to 4:37 for Anthology 3, which was originally twelve minutes long. On 9 September, eighteen takes of approximately five minutes each were recorded, and the last one is featured on the original LP. After the eighteenth take, Ringo Starr flung his sticks across the studio and screamed, "I've got blisters on my fingers!" The Beatles included Starr's shout on the stereo mix of the song (available on CD); the song completely fades out around 3:40, then gradually fades back in, fades back out partially, and quickly fades back in with three cymbal crashes and Ringo's scream (some sources erroneously credit the "blisters" line to Lennon; in fact, Lennon can be heard asking "How's that?" before the outburst). The mono version (on LP only) ends on the first fadeout without Ringo's outburst. The mono version was not initially available in the US as mono albums had already been phased out there. The mono version was later released in the American version of the Rarities album.

According to Chris Thomas, who was present, the 18 July session was especially spirited. "While Paul was doing his vocal, George Harrison had set fire to an ashtray and was running around the studio with it above his head, doing an Arthur Brown." Starr's recollection is less detailed, but agrees in spirit: "'Helter Skelter' was a track we did in total madness and hysterics in the studio. Sometimes you just had to shake out the jams."

On the version that appears on the Anthology 3 album, McCartney occasionally sings "hell for leather" instead of "helter skelter."

"Umm, that came about just 'cuz I'd read a review of a record which said, "And this group really got us wild, there's echo on everything, they're screaming their heads off." And I just remember thinking, "Oh, it'd be great to do one. Pity they've done it. Must be great--really screaming record." And then I heard their record and it was quite straight and it was very sort of sophisticated. It wasn't rough and screaming and tape echo at all. So I thought, "Oh, well, we'll do one like that, then." And I had this song called "Helter Skelter", which is just a ridiculous song. So we did it like that 'cuz I like noise." —Paul McCartney, 1968

We used to have a laugh about this, that or the other, in a light-hearted way, and some intellectual would read us, some symbolic youth generation wants to see something in it. We also took seriously some parts of the role, but I don't know what Helter Skelter has to do with knifing someone. I've never listened to it properly, it was just a noise." —John Lennon, Rolling Stone, 1970

"That's Paul completely. All that [Charles] Manson stuff was built 'round George's song about pigs and this one... Paul's song about an English fairground. It has nothing to do with anything and, least of all, to do with me." —John Lennon, 1980

The Who had made some track that was the loudest, the most raucous rock 'n' roll, the dirtiest thing they'd ever done. It made me think, "Right. Got to do it." I like that kind of geeking up. And we decided to do the loudest, nastiest, sweatiest rock number we could. —Paul McCartney, 1985

I would rather compress a vocal hard to get some personality out. It's like putting a snazzy jacket on a guy when he goes out at night — it adds attitude.

Carl Sagan: A Universe Not Made For Us - Excerpts from: Pale Blue Dot - A Vision of the Human Future in Space.

In this first ever television history of disbelief, Jonathan Miller goes on a journey exploring the origins of his own lack of belief and uncovering the hidden story of atheism.


Shadows of Doubt
BBC Two Monday 31 October 2005 7pm-8pm
Jonathan Miller visits the absent Twin Towers to consider the religious implications of 9/11 and meets Arthur Miller and the philosopher Colin McGinn. He searches for evidence of the first 'unbelievers' in Ancient Greece and examines some of the modern theories around why people have always tended to believe in mythology and magic.